The first quarter of 2016 is now over, and despite the recent pullback, the price of both gold and silver recorded impressive gains. The price of the yellow metal increased by an impressive 16.5% during the period – achieving its biggest quarterly gain since 1986.

The price of gold experienced a good boost in the first six weeks of 2016 when stocks, junk bonds and oil prices slumped, began to recover and then tumbled again. However, even though a variety of stock indices gained at the end of Q1, overall concern about world markets has kept the gold price up.

There were also other factors contributing to the rise in price, namely, central bank monetary policy, devaluation of currencies against the US dollar, solid buying from China, and an escalation of global unrest.

Gold officially entered a bull market when prices gained more than 20% from their December lows.

Despite the fact that Quantitative Easing has proven to be a failure, the ECB, BoE, and BoJ continue to adopt this policy. Even though more than $12 trillion dollars have been pumped into the system, stock markets around the world are deep in bear territory, and economic growth remains largely stagnant. Now, several major central banks have implemented negative interest-rate policies (NIRP), most notably Japan, and the writing is potentially on the wall for negative rates in the U.S.

The major central banks of the Western world are trying to impose negative rates on their citizens while attempting to ban cash. While this policy is aimed at inducing spending, prudent individuals who can see an erosion of their wealth, will opt for an alternative rather than have banks steal a percentage of their hard earned money. And, an obvious alternative is to buy gold.

A cash ban is an extremely insidious attempt by banks to force individuals to hold their money in the banking system, thus giving your government more control over your finances. And, if all your money is in a digital bank account, you’re helpless. The government can confiscate your cash via negative interest rates, and there’s nothing you can do about it. By abolishing the use of cash, collecting taxes will also be easier. It enables them to track everything you buy and sell and, effectively, everything you own.

While governments say these new currency laws help them fight terrorism, money laundering and drug trafficking, nothing could be further from the truth. These insidious laws are there to satisfy governments’ ultimate goal which is to have total control of your money!!

As long as people can hoard cash outside the banking system, banks will have difficulty imposing negative interest rates on deposits and thus stealthily steal from account holders.

The US central bank raised rates in December for the first time in nearly a decade. Gold prices rallied strongly after this decision, but prices retreated last Friday after data showed that US nonfarm payrolls increased by 215,000 in March, higher than expectations of 205,000, underscoring the strength in the US economy.

US interest rate futures suggested traders are now betting the Fed will next raise rates as soon as November, versus December ahead of the report.

Even though the price of gold has fallen from its recent highs, demand for the physical metal remains strong and I expect prices to rise in the coming months.

China in particular has been an important support for gold over the last several years. Gold demand in China was very robust last year. A record 2,596 tons of the yellow metal or a whopping 80 percent of total global output for 2015 were withdrawn from the Shanghai Gold Exchange. As for the Chinese central bank, it reported adding 19 more tons in December, bringing the total to over 1,762 tons.

The private sector has been buying increasing quantities of coins, small bars and investment-grade jewellery, and central banks have been buying huge amounts of gold on a consistent month-by-month basis.

Meanwhile, 2015 experienced the greatest number of corporate defaults since the financial crisis. Many of the companies that are defaulting are from the energy and materials sector. Now with oil hitting rock bottom, some oil producers are operating at a loss and only continue operations to be able to make their interest payments.

Banks today face mounting losses from a number of sources, such as commodity-related loans, coupled with a slow-down in the world economy. And because the levels of outstanding debt are at the highest ever recorded in peacetime, the banks might have to absorb some big losses. When we bear in mind how banks lend many times their own capital, the danger of banks losing all of it and failing becomes all too apparent. If the average European bank is forced to write off just five percent of its loans and investments, all of their capital will wiped out.

The U.S. and many other Western countries have national debts, deficits and entitlement spending that is out of control. Their positions are unsustainable. This, in turn, encourages central banks to behave recklessly, putting world markets — and your money — in very real danger.

The issue of debt will continue for some time to come and the house of cards will eventually collapse. What we will likely see in 2016, however, is a massive increase in defaults. Yields for high-yield issuers are already at alarming levels. What exactly will be catalyst for the next crisis is hard to foresee, but one thing sure is that the levels of global debt is unsustainable.

The global financial system has become dangerously unstable and faces an avalanche of bankruptcies that will test social and political stability.

In a world where the future supply of   gold is uncertain, and where governments and central banks are behaving recklessly … there is a very real possibility that gold prices will go up dramatically over the next few years.  Buying gold is like buying insurance.

Another reason to buy gold now is as a form of insurance against government and central bank madness. Gold is also better than cash.

For thousands of years, it’s preserved wealth through every kind of financial disaster imaginable.

Let me just reiterate that I think we’re heading into a very bullish long-term market for gold that’s going to last a number of years. It’s going to bring gold to new historic highs. I think it’s important for every investor to have a core position in physical gold, preferably popular bullion coins.

Do NOT buy newly minted so-called “collectible” gold or silver coins. Especially those you see advertised in newspapers or hear of on TV or radio commercials. There is a complete rip-off. True “collectible” coins can cost significantly more than the actual value of the gold they contain.

Even though the price of silver has improved over the last 3 months, it still remains totally undervalued and the gold/silver ratio remains extremely high at close to 79. The number of ounces of silver it takes to buy an ounce of gold is called the “Gold-Silver Ratio” and this ratio has been swinging back and forth between 45 and 80 consistently over the last 30 years.

I believe that the price of silver has been forming a very bullish pattern over the last three months, and once it breaks above $16, it could hit $18 in a short time period. And, in the long-term we will see a re-test of the $50 level.

Recently, two articles piqued my interest. The first one was about the airport at Antigua which inaugurated a new 3 megawatt solar power plant — at its international airport – on February 25, 2016.

According to PV Energy, the plant will generate up to 4.645 MWh per year, saving 3.019,50 tons of CO2 emissions on the island in the same time frame.

That means the plant “almost entirely” covers the electricity consumption of the whole airport, according to PV.

“We pledge our continued commitment to moving our country towards a greener economy recognizing that this will form a major platform for enabling Antigua and Barbuda to realize our goal of becoming an economic powerhouse in the eastern Caribbean”, said Antigua and Barbuda Prime Minister and Minister of Finance & Corporate Governance Gaston Browne.

What many don’t know is that silver is a primary ingredient in the photovoltaic cells that catch the sun’s rays and transform them into energy. 90 % of crystalline silicon photovoltaic cells (the most common cell) use silver paste and close to 70 million ounces of silver are projected for use by solar energy by 2016.

More and more, we are turning to solar energy as a viable alternative to fossil fuels, whose scarcity and pollutant effects are and will continue to be increasingly problematic in coming years.

Solar energy is cost-effective, environmentally responsible and provides an immediate source of power. From single-family homes to corporations and multinational companies, solar energy is expected to proliferate in the United States and abroad and has already made serious inroads as a replacement for traditional fuel-based power.

The number of ounces devoted to electronics, solar panels, and biocides has more than tripled in the last fifteen years. This trend is widely expected to continue.

This represents a critical shift in the silver industry. For a long time, industrial demand for the metal was dependent almost entirely on one industry: photography. At its peak, pho­tographic demand accounted for about 50% of the market. Now, in spite of diminishing photographic demand, total industrial demand comes from roughly 10,000 applications, virtually none of which shows any signs of slowing.

Speaking at the launch of the first airport solar farm in George, Acsa executive Andre Vermeulen said airport upgrades in Kimberley and Upington will be completed by the end of the year.

The R16 million projects which kicked off in March last year was completed two months ahead of schedule in October.

At least 3,000 solar panels were unveiled in the garden route to minimize the airport’s grid dependency.

Similar energy developments are expected to be rolled out in other regional airports including Kimberly, Upington and Port Elizabeth.

Officials say surplus energy generated from the airport’s photo voltaic panels will be sold to Eskom.

With a shelf life of up to 30 years, they hope the plant can ultimately produce enough surplus energy to help reduce the power demand of the greater George municipality.

David Levenstein is a leading expert on investing in precious metals.  Although he began trading silver through the LME in 1980, over the years he has dealt with gold, silver, platinum and palladium. He has traded and invested in bullion, bullion coins, mining shares, exchange traded funds, as well as futures for his personal account as well as for clients.

His articles and commentaries on precious metals have been published in dozens of newspapers, publications and websites both locally as well as internationally. He has been a featured guest on numerous radio and TV shows, and is a regular guest on JSE Direct, a premier radio business channel in South Africa. Rand Refineries, the largest gold refinery in the world use his daily and weekly commentaries on gold.

© 2010 all rights reserved.
Information contained herein has been obtained from sources believed to be reliable, but there is no guarantee as to completeness or accuracy. Any opinions expressed herein are statements of our judgment as of this date and are subject to change without notice. 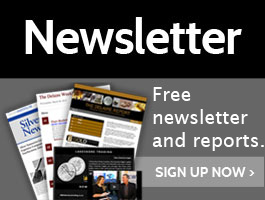 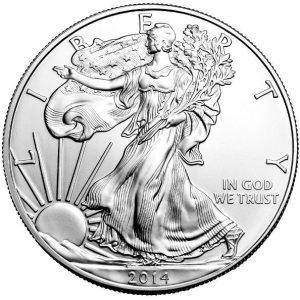 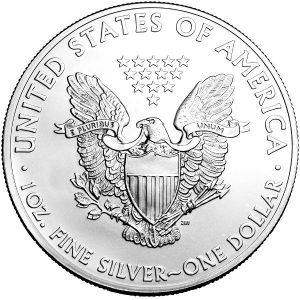 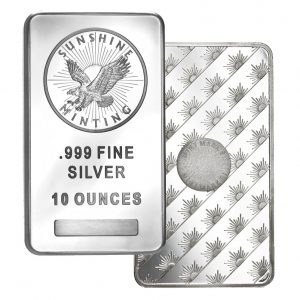 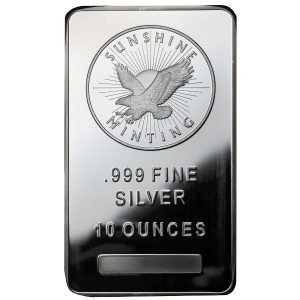 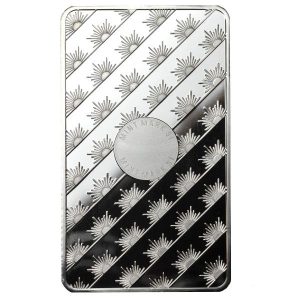 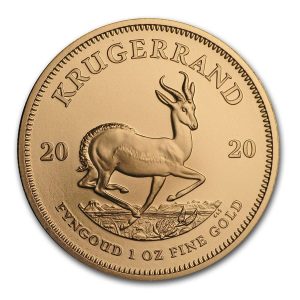 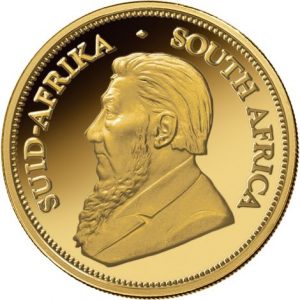 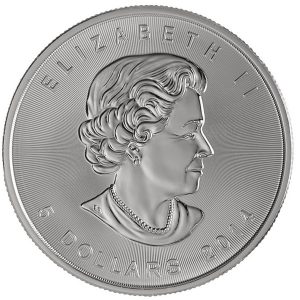 Home
About Us
Services
How To Order
Storage
Sell to Us